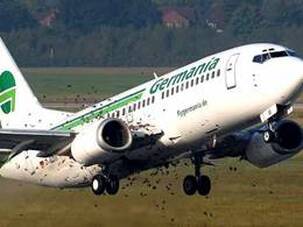 Natural History
European starling is a native to Europe and was introduced to North America in the 1890s by William Shakespeare enthusiasts. Since the introduction of 100 individuals in Central Park, New York; starlings colonized the majority of North America, ranging from Alaska to Mexico; with an estimated population of over 200 million.

Starlings are typically associated being around human activities, and are often found in urban settings that provide an ample supply of forage, roosting and nesting habitats. Starlings are a cavity nesting species, utilizing a broad array of habitats such as trees, bird houses and buildings. Starlings can be aggressive when selecting nesting locations and can out-compete native species.

European starlings are omnivores, feeding on invertebrates, berries and seeds. However, they often forage on garbage, livestock feed and agricultural wastes.

European starlings are identified by their iridescent purple-black glossy color in the summer and additional white spots during winter months. Starlings have a long narrow beak used for foraging in grass and soil. Their beak is bright yellow during summer months and turns more drab black during winter.

Furthermore, they commonly identified by their flocking behavior. Throughout the year, starlings congregate in large flocks, which can reach hundreds of thousands of individuals in size. The flocking tendency of starlings is a defensive behavior, in attempt to distract predators from focusing on a single individual. They are often seen roosting on high wires, buildings, and trees.

Legal Status
European starlings are exempt from the Migratory Bird Treaty Act (MBTA) and are thus not federally protected. Any number of nests, eggs, young and/or adults may be removed or destroyed throughout the year without a permit.

Population Trends
Populations of starlings have greatly increased throughout the United States since their introduction in 1890.

As long as refuge and food is available for these birds, their population is likely to continuing increasing until they reach their carrying capacity for any one habitat, at which point they would be expected to either drive native birds out or exploit a new habitat. They have acclimated to rapid urbanization and are capable of utilizing most habitats within the United States.

Agricultural/Land Damage
European starlings are capable of causing considerable damage to agricultural fields and private property. Pimental et al. (2000) estimated that starlings cause over $800 million dollars in damage to agricultural crops each year in the United States. Starlings consume up to 1 ounce of food each day. When associated with large flocks, they can consume a considerable amount of livestock feed and spoil larger amounts with their fecal matter.

At roosting locations, starling flocks can damage tree branches from weight stress. Additionally their droppings are phytotoxic, which can kill mature trees when concentrated,

Furthermore, orchards and fruit crops can be picked clean by a relatively small flock of starlings. In order to minimize these effects, proper mitigation and management techniques/plans must be utilized.

Roosting locations at airports can deposit large quantities of fecal matter. These locations are a source of zoonotic diseases that can adversely affect human health.