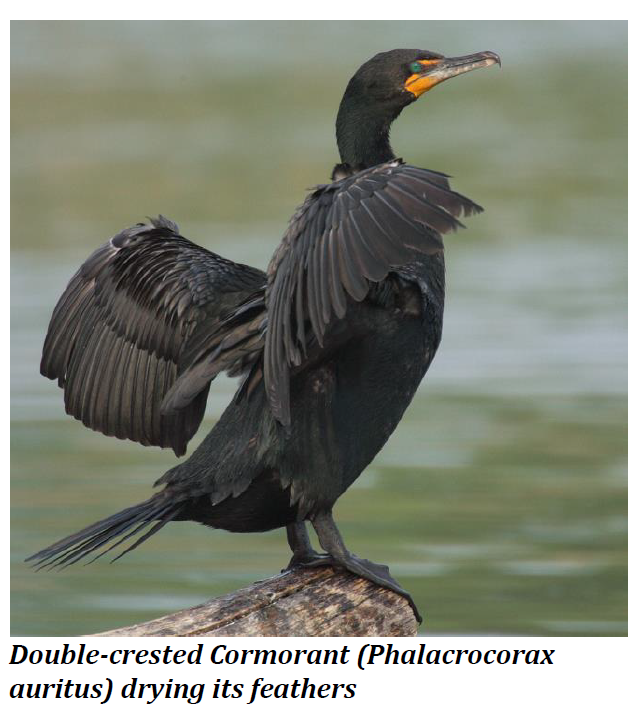 The red-tailed hawk is the most common and widespread hawk throughout North America. It is a predatory animal that feeds primarily on small mammals such as rodents and rabbits; however, they will also feed on reptiles, fish and even larger insects. The red-tailed hawk is well adapted to almost any habitat as long as there are open areas interspersed with patches of trees and/or other elevated perches (Polite and Pratt, 1990).

Red-tailed hawks are can be easily identified by their large red tail feathers, their white chest (generally has a dark "belly band"), and dark marks of the inner front edge of their under-wings. Furthermore, they can be identified by their flying behavior, which is generally a slow soaring flight. They can be seen soaring over open fields or perching in high trees and/or poles.

There are 15 known subspecies of this hawk throughout North and Central America and the West Indies (Preston and Beane, 1993). Identification of these subspecies can be more difficult because they do not all possess the characteristic "red-tail" or other delineating morphological Above: Adult breeding red-tailed hawk. features. The largest and most widespread population however is the general "red-tailed" type.

The red-tailed hawk is federally protected under the Migratory Bird Treaty Act (MBTA) and therefore, cannot be hunted or harassed (some methods) without a special permit issued through the United States Department of Agriculture (USDA) and United States Fish and Wildlife Service (USFWS). Local state laws may vary from state to state and should be researched prior to making any management decisions.

The red-tailed hawk presently has a stable population, which makes this species an animal of least concern. Their population is rising in light of urbanization and development however. With forest fragmentation becoming more common throughout North America, the red-tailed hawk population is growing. Their habitat requirements are open fields for hunting and tall stands for perching; forest fragmentation is opening up fields surrounded by tall trees, a preferred habitat for this species.

Red -tailed hawks have acclimated to rapid urbanization and can often be observed perching on buildings, telephone poles, telecommunication towers, or in backyards. Though they are not known to spread disease, they are primarily a human health concern because of air and ground traffic. Red-tailed hawks have the potential to cause serious damage to private property such as cars or planes, or people as a result. Since red-tailed hawks are a predatory bird, they are capable of attacking and/or killing small pets such as puppies or rabbits. Though this is likely a rare event (considering the prevalent food source in the wild), it is still a possibility. Proper management of this species in urban areas is key to mitigate their negative effects.

Red-tailed hawks are not herbivorous and would likely have little to no negative impact to agricultural fields or lawn. However, they may be attracted to these habitat types as they often facilitate the recruitment of small mammals.

Because of their abundant and widespread populations, red-tailed hawks pose a serious threat to aviation and are rated as the 10th biggest threat to aircrafts (out of 25). From 1990-2003, red-tailed hawks were responsible for 24.5% of reported raptor strikes to civil aircrafts and together with vultures represented a loss of approximately $7 million to United States aviation over the 14-year period (Cleary et al., 2005).

There are several management strategies available for someone attempting to reduce the damage or danger caused by the presence of red-tailed hawks. These strategies fall into two categories: lethal and non-lethal control. It is important to note that there is no easy or quick method to remove red-tailed hawks. Several methods are often needed over an extended period of time.

These types of control methods are devised to alter the animal's habitat to deter it from returning to the area. These methods range from habitat modification to direct hazing, which may require a special permit due to the red-tailed hawks legal status. No single method will work best; coming up with a strategy that involves several techniques generally results in a greater chance of success. Moreover, the animal may acclimate to any one single control method, using multiple methods in conjunction have a greater chance of deterring the animal while minimizing their chances of acclimating to any [single] technique.

Certain measures of habitat modification can be performed to alleviate the attractiveness of a habitat to red-tailed hawks. Because of their perching behavior, bird spikes can be installed on buildings, ledges, poles, or any potential high perching habitat. Removing bird feeders for a short period of time can also assist with making habitat less attractive to raptors. Red-tailed hawks will hunt smaller birds, such as those attracted to bird feeders; furthermore, fallen seed attracts small mammals such as rabbits and rodents, another preferred food source of red-tailed hawks.

Hazing can be an effective, non-lethal method of red-tailed hawk deterrent. Pyrotechnics can also be utilized to deter red-tailed hawks; generally bangers� and screamers� are used to deter unwanted bird species, however, the legality of using pyrotechnics in your area should be investigated prior to use.

Loud sounds such as yelling, clapping, or even music can be an effective, non-lethal method of deterring red-tailed hawks and many other bird species. Well-placed scarecrows and mirrors are other scare tactics that can be used to deter raptors.

If hazing, habitat modification and frightening devices are not working, removal and relocation of red-tailed hawks is another option. However, in order to trap a red-tailed hawk, you must first apply for and obtain a federally issued permit allowing you to do so. If this method is utilized, raptors are capable of traveling great distances in a short period of time, because of this they must be relocated a great distance from the habitat; landowner permission must also be obtained for relocation. This method will not solely deter other red-tailed hawks from the habitat; it will only transfer one individual.

Lethal removal of red-tailed hawks should only be used as a last resort due to their ecological importance as a predator as well as the potential for a negative reaction from the public. However, lethal methods may succeed when non-lethal control proves ineffective.

Nest depredation is illegal unless a federally issued permit is obtained to so. However, depredating nests and eggs will only take care of one individual red-tailed hawk. Using a strategy involving several non-lethal techniques will likely deter this species on a long-term basis.

Lethal removal should only be considered if all other techniques have proven ineffective and the animal(s) is/are still presenting an issue. Again, a federally issued permit must first be obtained in order to remove red-tailed hawks via lethal methods. Consult your local USDA and/or USFWS for further details on how to obtain permits. 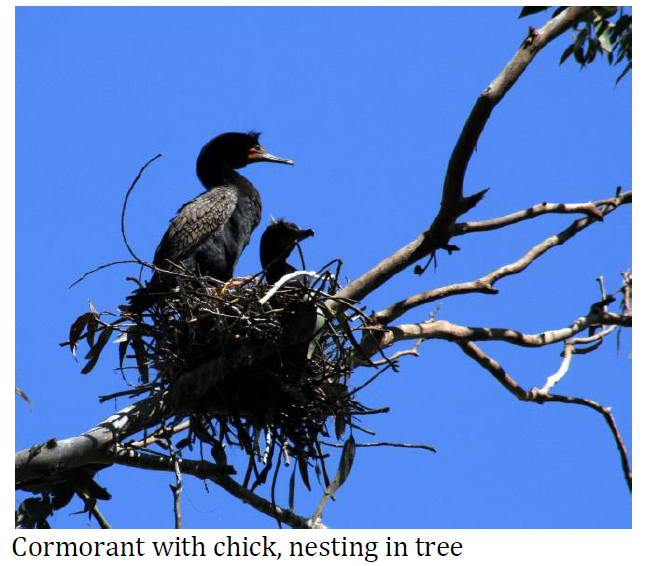