Many species of Wildlife commonly involved in Airport Strikes or Vehicle Strikes have increased rapidly in the last three decades by adapting to living in Urban Environments including landfills.  The wildlife species and their populations typically are attracted to landfill environments depending on several factors including land-use practices. We at Loomacres Wildlife Management strongly encourage landfills to conduct a Wildlife Hazard Assessment to prevent catastrophic events such as bird strikes. In recognition of the increased risk of serious aircraft damage or the loss of human life that can result from a Wildlife Strike. The FAA may require the development of a Wildlife Hazard Management Plan (WHMP) when specific triggering events occur on or near an airport.

In addition, landfill operators must deal with several factors when running a site, one of which almost always conflicts with wildlife. Birds are attracted to landfills because they provide an easy food source to exploit, along with an ideal habitat for loafing and nesting. Too often, bird numbers become so great that the site operator must take action to reduce their numbers. There are many great reasons to utilize Integrated Wildlife Management on your landfill to reduce wildlife populations. Reducing the bird population on your landfill will reduce the chance of a bird strike over your property and your liability as a landfill operator. Large congregations of birds lead to vast amounts of bird waste which can harbor harmful bacteria such as salmonella, E. coli, and histoplasmosis. Large congregations of birds, especially gulls, are loud and can cause annoyance. Reducing bird numbers means reduced noise complaints from neighboring businesses and residents. However, loud noises are not the only annoyance issues birds may cause. Many large birds such as gulls, herons, and raptors may cause issues with neighbors because of the trash they pick up on the landfill and drop offsite. Birds can be a vector for trash and possibly disease to surrounding areas. Minimizing bird populations on your landfill will minimize the liability of bird strikes, improve the overall health and appearance of your community, and decrease noise and pollution.

We believe an integrated approach is essential to successfully harass wildlife. As each landfill's situation is unique, methods will vary from landfill to landfill. We can also make recommendations for reducing the attractiveness of your landfill to wildlife, through habitat modification and the installation of dispersal and exclusion devices during a site visit. 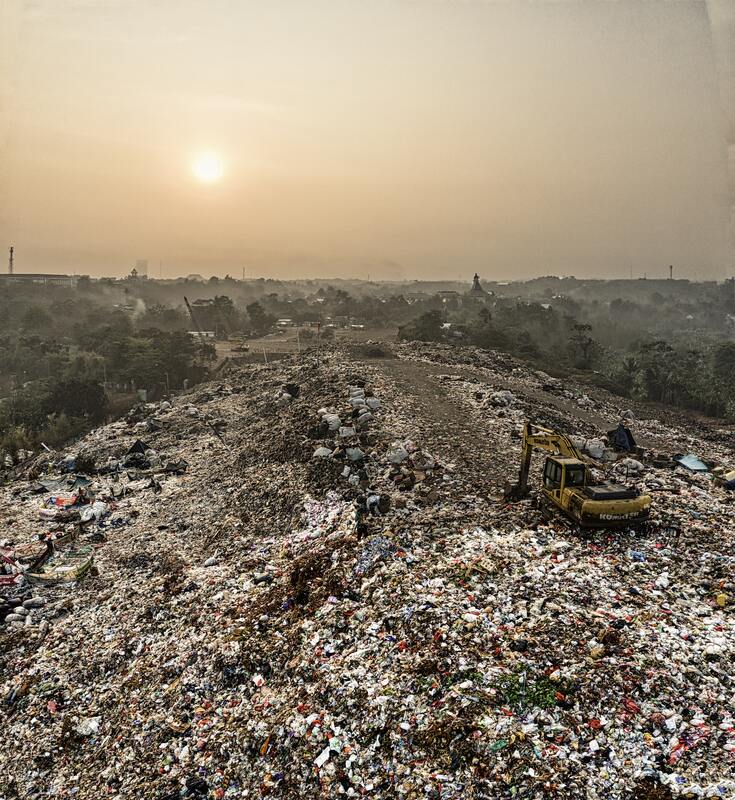