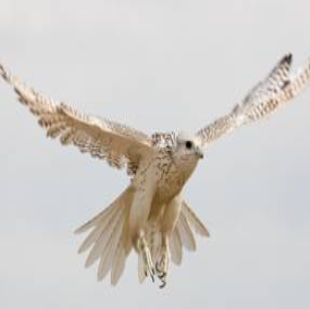 Falconry as a Management Tool

HISTORY OF FALCONRY
Falconry is the art of training and using a raptor to hunt for sport. The origins of falconry are estimated to date back between 4,000 and 6,000 BC in Mongolia, where birds of prey were initially used for substance hunting. Gradually, as falconry spread westward, falconry evolved into a sport. During the Middle Ages, falconry gained popularity in Europe, where the possession of various birds of prey was considered a symbol of status.
In the United States, falconry gained popularity during the 1930s, with the establishment of the Peregrine Club. Furthermore, raptor populations in the US hit the spotlight during the 1960-70s, when DDT was found to have weakened the egg shells of many raptors, causing sever declines. Currently there is an estimated 4,000 falconers in the United States.
​
RAPTOR ABATEMENT
A new approach using raptors is an effective abetment method that conveys a “real predator: situation for nuisance wildlife. Birds of prey provide an excellent management technique that incorporates auditory and visual threats to scare nuisance wildlife from the area. Raptor based abatement differs from falconry in that specially trained raptors do not depredate nuisance birds. The constant presence of a predator, overtime can drive nuisance species away due to the constant feeling of the area being unsafe.
Loomacres staff utilizes a variety of raptor species to conduct abatement activities. Each species has its own specialty whether it is size, speed or flight endurance.
​
ABATEMENT METHODS
Depending on the habitat setting or which species are causing problems, Loomacres will modify abatement strategies to ensure that all nuisance issues can be addressed. Typically, Loomacres staff will continuously harass nuisance wildlife throughout the entire day to present a constant threat to nuisance species. However, some nuisance species do not require such rigorous harassment, and a staggered schedule can be supplemented.
Loomacres recommends that multiple non-lethal harassment techniques be utilized in conjunction with raptor abatement. To achieve maximum effectiveness, landowners should utilize habitat management in conjunction with non-lethal harassment.

REGULATIONS
A USFWS Falconry Abatement permit is required for individuals to handle and use falcons for wildlife management activities. However, falcons used for nuisance abatement is a harassment technique that does not require the acquisition of a federal depredation permit for migratory birds. Migratory birds can be scared and harassed year round, as long as no harm is done to the birds or no nests become abandoned.
​
​By: Shawn Ferdinand, Loomacres Wildlife Management
Loomacres Wildlife Management
© Copyright 2013, All Rights Reserved